Wednesday Wheels: Jaguar are leading the way with their recycling project

Usually, we focus on something super fast for our Wednesday Wheels feature, choosing a new sports car or SUV that can tear up the road.

However, this time around we are looking at something that is maybe a little more forward-thinking, as Jaguar has introduced their recycling initiative, the REALITY Project… it’s helping their I-PACE move fast, too.

The REALITY project aims to recycle the aluminium from existing Jaguar and Land Rover vehicles into new, high-quality aluminium parts for the production of new models. The recycling process is currently being tested on pre-production models of the Jaguar I-PACE, from which the lithium-ion battery pack has been removed. 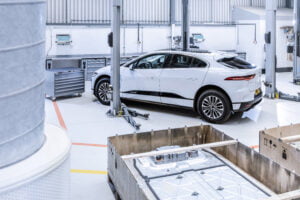 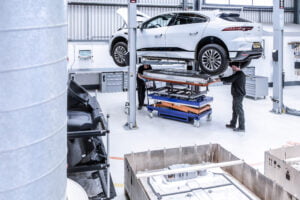 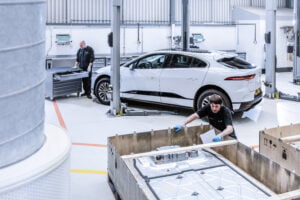 The rest of the I-PACE is sorted, by material, using high-tech sensors from Axion, after which the aluminium is melted and reformed. The pioneering project, supported by Innovate UK, helps Jaguar Land Rover to expand the production process. Between September 2013 and January 2019, 300,000 tons of recycled aluminum were already used for models with the distinctive aluminum architecture, including the new Jaguar XE.

Jaguar Land Rover uses 180,000 tons of aluminium per year, a small percentage of the 80 million tons produced annually worldwide. It is one of the most recycled products in the world and 75% of the aluminium ever produced is still used. Gaëlle Guillaume, Lead Project Manager of REALITY at Jaguar Land Rover, says:

“More than a million cars are crushed every year in the UK and this pioneering project affords us a real opportunity to give some of them a second life. Aluminium is valuable material and a key component in our manufacturing process and as such we are committed to ensuring our use or it is as responsible as possible.”