Omega celebrate 50 years since landing on the moon

The fact that we are living in 2019 right now means that it is fifty years since man first famously walked on the moon.

Back in 1959, that heroic Apollo 11 mission changed history forever and a little-known fact is that Omega, the iconic watchmaker, was with them at the time.

Omega celebrated the success with a famous release, as SPEEDMASTER APOLLO 11 was originally released with the words ‘The first watch worn on the moon’ etched onto the back of the gold watch face. Now 50 years on from the moon landing, and 25 years on from the special anniversary dinner in Houston where watches were presented to the heroic astronauts, Omega has released the SPEEDMASTER APOLLO 11 50TH ANNIVERSARY timepiece in limited edition. 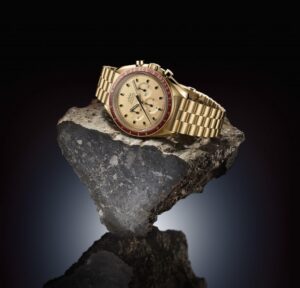 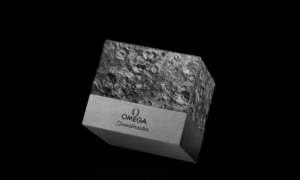 Using 18K Moonshine Gold to create these beautiful watches, this ensures high resistance to the fading of colour over time. A burgundy bezel adds an extra hint of colour and a gorgeous vintage feel, proving just how well this watch has aged! Being packaged in an amazing ‘crater box,’ Omega’s attention to detail with this new release is hugely impressive. The panels of the box are in grey ceramic with 3D printing of the lunar surface. Since every panel is created differently, none of these crater boxes will be the same.

To see more about these super limited edition timepieces, head to Omega.