A sold out Bitterzoet was the venue as Loyle Carner brought his tour to Amsterdam.

The all-round nice guy London rapper, whose debut album reached critical acclaim in 2017, has gone from strength to strength it seems, with his brand new album Not Waving But Drowning clearly getting a wonderful reception across the UK and Europe. A heartfelt rapper if ever there was one, the personable 24-year-old has a knack of making each show feel completely unique to the city in which he takes his jazzy, personal take on hip-hop. 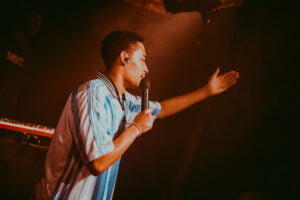 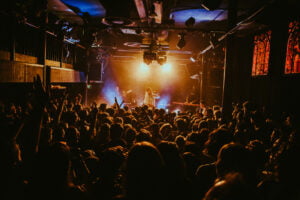 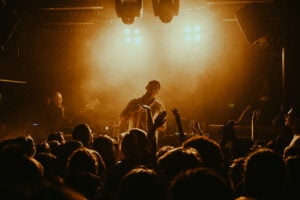 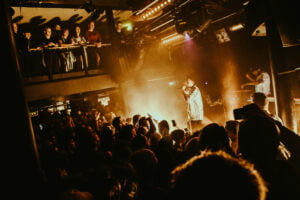 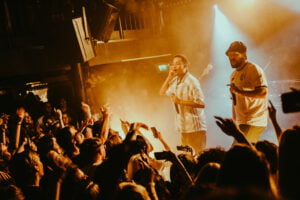 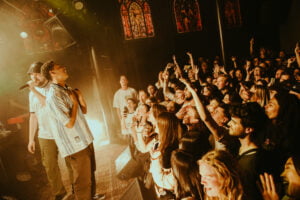 So much so that before wrapping up this Amsterdam show, of which he already has another, bigger, sold out one scheduled at Paradiso, he shared a fresh rap written that day whilst strolling around the Dutch capital. It was typically touching from Loyle Carner, real name Ben Coyle-Larner, as he spoke of his late father, the perils of social media and more with a crowd that hung on his every word.

Wearing a vintage Argentina shirt as he rocked the stage, the man’s adoration for football is such that anyone who offered him a retro jersey prior to this tour, was rewarded with free tickets. As the new record dropped, he also unveiled a collaboration with Umbro for a football jersey of his own, as worn by his DJ , producer and best friend, Rebel Kleff, as the pair shared the stage.

The South-Londoner’s delivery is on pint every time, as he brings to life his music in a live setting which is no easy task for a musician so reliant on his intricate lyrics. It’s been a good tour for Carner, that much is clear, as he reconnects with his beloved fans following a rare and short break from the stage. Very much in the full swing of things now, this is a young artist whose live show just seems to get better and better.

As such, tickets for that sold out Paradiso show on December 7th just got even hotter.