Club football has been halted this week, with international football taking over.

In Europe, it is time to start the qualifying campaign for Euro 2020 and as such, the footballing week has been largely made up of teams meeting up for training and preparing for the matches, whilst journalists have to dig deeper for football news.

Amongst those reuniting this week was the World Champions, and Manchester United midfielder, Paul Pogba, shared his special presents for all who helped win the World Cup last summer.

Taking inspiration from American sports, these ‘Championship Rings’ are a super lavish way to commemorate the success of Les Bleus back in Russia. 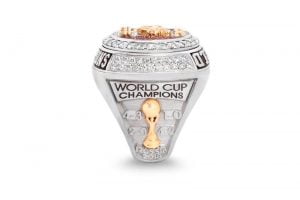 The World Champions arrive in style…

Sticking with the French team, photographers were in the usual place to take pictures of the players arriving in their casual outfits.

In collaboration with the mega football fan and grime superstar, Stormzy, adidas Originals revealed a new collection this week.

With a standout piece being the two-piece tracksuit that looks like it is straight from a mid-nineties, no-nonsense manager’s wardrobe, the football influence is clear. 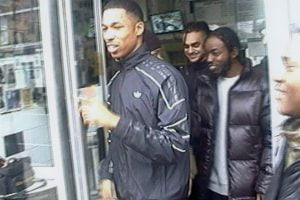 This week, UEFA handed out a fine as a punishment to Cristiano Ronaldo, after the Juventus forward appeared to mimic an already controversial celebration by Atletico Madrid manager, Diego Simeone.

CR7 appeared to grab his own crotch after completing his hat-trick and Juve’s Champions League comeback against Atleti last week, looking like a response to Simeone after he did the same thing following the first leg. A fine of 20,000 euros was dished out to Ronaldo.

Pep Guardiola must have been wincing at home in Manchester as his winger, representing Germany against Serbia in an international ‘friendly,’ was on the wrong end of a very unfriendly tackle.

Slow motion replays show a great amount of force put onto the Man City’s forward’s ankle, but Sane was unharmed.

The Oranje continued their good form of late, as they put four goals past Belarus in their qualification opener. Memphis Depay got two goals and one assist, following a week in which there has been speculation around his future at Lyon.