The summer and football competition really heated up this week, as the Women’s World Cup reached the latter rounds and AFCON and Copa America continue to thrill.

All of this, plus some transfer talk and new fashion releases, capped off a lovely sunny week of football and culture.

Our sneaker of the week…

Patta took our sneaker of the week title, releasing this timeless new sneaker with the legendary French brand, Mephisto. 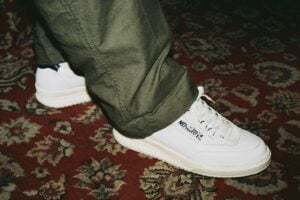 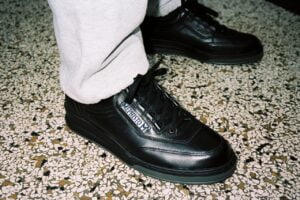 The Dutch Lionesses’ momentum carries on, as their record goalscorer, our recent Player of the Weekend, Vivianne Miedema, opened the scoring with a glancing 70th-minute header. Stefanie van der Gragt added a second goal, both of which were from Sherida Spitse’s free-kicks.

Luis Suarez forgets goalkeepers can use their hands…

Here's Luis Suárez appealing for a handball, and penalty because Chile's GK handled it in the box: pic.twitter.com/AWOA9o7ssz

USA’s captain, Rapinoe, is proud to be using her platform to stand for what she believes in, after being quoted saying that she will not go the White House if the USA win the World Cup this summer.

When asked about it in a recent press conference, she stood by her comments. Fair play, Meg.

It was an ongoing saga for a little while, but in the end it was wrapped up quite efficiently, as United paid 50 million quid for Aaron Wan-Bissaka.

The 20-year-old right back impressed for Crystal Palace last season and arrives at Old Trafford as a long-term signing in a new era for the club.