Sometimes what a player achieves in one weekend, can remind you just how much have they have done all season long.

Ajax took a massive step towards the treble this weekend, as they comfortably beat Willem II 4-0 in the Dutch Cup final. The first of a potential trophy haul, it has been a spectacular season for Ajax both domestically and in Europe. Much has been made of the exciting young talent in the side, with De Ligt, De Jong and Van de Beek receiving many plaudits. 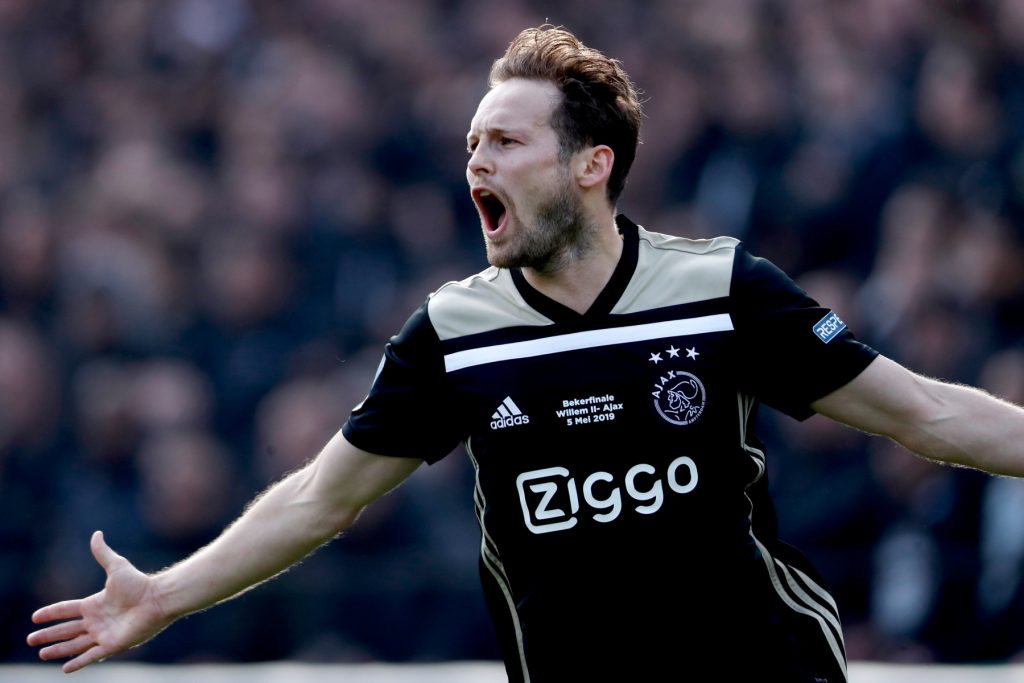 But also crucial to this season has been one of their summer signings, as Daley Blind, now 29 years of age, returned from a spell at Manchester United that was affected by injuries. The Ajax academy graduate has gone from being a bit-part player at United, to playing an impressive 54 games and counting this season. He now has his first winners’ medal of his second spell at Ajax, to cap off the amazing season it has been so far.

Blind opened the scoring at De Kuip and played his part, as ever, in keeping a clean sheet. The 4-0 win didn’t flatter Ajax, as they strolled into these final few steps of the season.