Nike’s new Mercurial is something special…

As one of the most iconic series of football boots around, the latest Nike Mercurial release is always one that captures the imagination.

However, ahead of the new season, the release of the 2019 Mercurial 360 feels extra special, thanks to some revolutionary technology. Flywire and Flyknit material combine for the first time on one boot, as the likes of Cristiano Ronaldo and Eden Hazard are set to wear the most technologically advanced boot on the market. 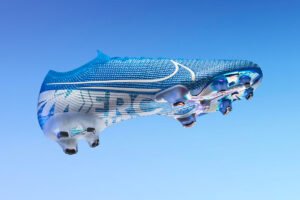 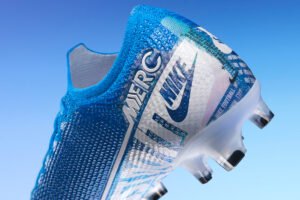 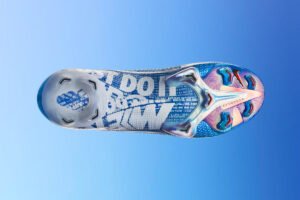 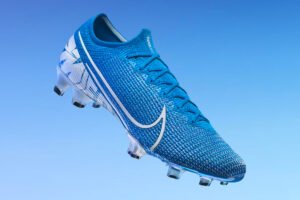 The emphasis is on speed as always with the Mercurial, reducing some of the stiffness of the 2018 model after receiving some critical feedback from pros and making these more flexible. Apparently inspired by cycling shoes, the attention to detail here is impressive.

This goes not just for the specifics and physics of the boots, but also the look, too, with so much branding and subtle touches on every inch of the new Mercurial. Available in black and the featured blue, these new Nike football boots are retailing at $250 USD on the Nike store.