Matthijs de Ligt: This season has meant a lot to me…

As an Ajax fan in heart and soul, Captain Matthijs de Ligt (19) will experience the most beautiful summer of his life this year. His dream club won no less than two titles and swept legendary clubs like Juventus and Real Madrid aside in the Champions League. The underdog tag has been put back on the shelf, not needed for the time being.

Time for a party, vacation and a long summer with girlfriend AnneKee Molenaar. Where the young couple will end up is still unknown.

This is a preview of our Matthijs de Ligt interview found in Issue 59. Order yours to read the full article.

The last game of this season is over. What does it feel like to have played in this exact squad for the last time?

“This felt extra special. We have experienced such an intense period as a team, where we have played many matches together and have been in many different places. The realisation that this is the last time with this group makes me emotional. After our last match against De Graafschap, we went back to the Arena together to celebrate. ”

The fact that we have such a close team has certainly contributed to our success.

Are you going to miss Frenkie de Jong in particular?

“I have known Frenkie for two years and in this time frame I got to know him very well. Almost every day we spent time together at the club. Barcelona is a super nice challenge for him, of course, I’m happy for him. But who knows what the future will bring us – for now we will miss him as a team, and he will miss us too. The fact that we have such a close team has certainly contributed to our success. ” 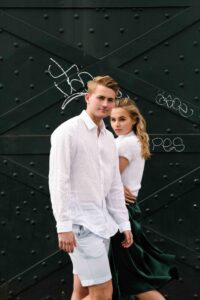 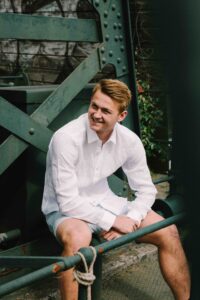 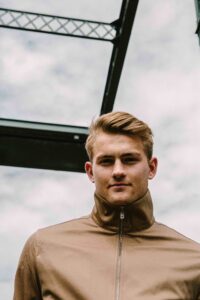 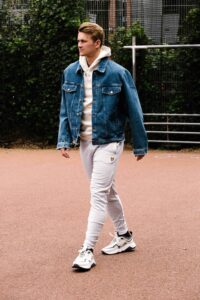 How did it feel for you to receive such praise in the Netherlands and abroad?

“Of course it is always nice to receive appreciation. Because then you know you’re doing well. So we can only be happy with that. Of course it always brings some extra pressure with it, but we are all used to that at Ajax. You have to learn to live with that pressure and it gives me an extra drive to play even better. I do my thing – people have to decide for themselves whether or not we do it right. ”

Because what a special season it was for Ajax…

“Enormous. This season has meant a lot to me. As a young boy I was already an Ajax fan, so I am very happy that I could be the leader now. Ajax had not won a title for five years, so it’s great that we have reached the semi-final of the Champions League and won the double. It was a perfect season. These are also the first two prizes I have received, because I had none in my career before now.”

What was the highlight of De Ligt’s season? What is his dream club? Where is he going on vacation? All this answered and more, in the new issue of Life After Football. Order yours today.