Welcome to FYI. This is your go-to for some of the best tips you won’t find anywhere else about the most innovative, under the radar and up and coming brands around. From skincare to fashion, football to automobiles, FYI will have all the information you need.

What with it being that time of year, we wanted to highlight some of the best new football jerseys to be released ahead of the new season. Here are our top 5 new jerseys for 2019/20…

Arsenal have made a big news switch in terms of kit supplier, as they end a short-lived spell with Puma to return to adidas for the first time in 20 years.

The three stripes being added to the famous white sleeves of Arsenal has made for an instant classic, with references to Gunners kits of old. Better still, this video the club released to announce the new shirts. Brilliant.

This smart PSV shirt is once again from their classic kit partner Umbro, but this time with a twist.

Last January, all involved with the kit-designing process sat down with some PSV superfans and crafted the home shirt collectively. The result? A timeless design with a reference to the man who started it all, Frits Phillips. His seat number has been immortalised forever on the shirt, D2243. 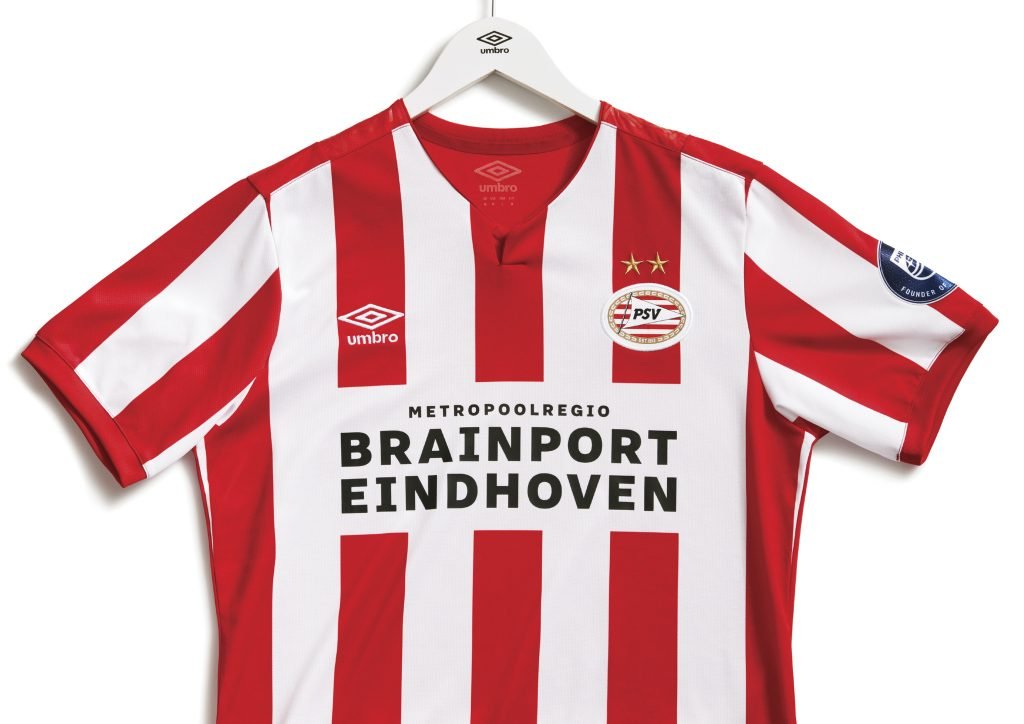 From PSV to PSG, as Nike’s ongoing relationship with the Ligue 1 champions continues.

And continues in style, as they bring back the middle stripe that the club is known for with both white and red detailing. Smart and classy and with a new shirt sponsor, this is one of the looks of the season.

Red Star home, away, third and GK by adidas

We couldn’t include PSG and not include their revolutionary Parisian neighbours, Red Star.

The culture club has one of the most distinguished aesthetics in European football and their kits, still made by adidas and sponsored by Vice, never miss the spot. Nor did their Google Street View lookbook.

Inter Milan away by Nike

Inter Milan are set for an odd season, having been banned from Europe due to financial irregularities.

However, hopes will be high in this half of the San Siro and whilst playing on the road, expect to see them in this minimal, uniquely coloured number from Nike. Always so stylish those Milanese lot, aren’t they? Although apparently this release is ‘not for everyone.’