“Ajax belongs in the Champions League…” 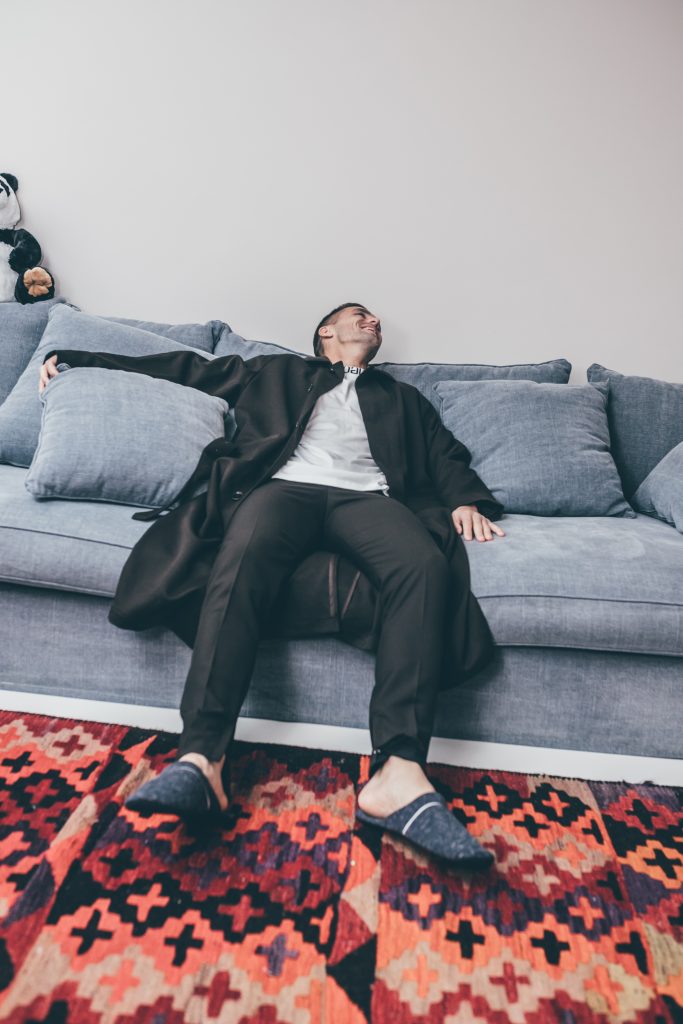 After his man of the match performance in the Bernabeu, it seems a good time to share our in-depth interview with Ajax’s number 10 online…

From LAF 55, an interview with Dušan Tadić…

When Dušan Tadić arrived in Amsterdam this summer, it was a huge statement. A huge statement not just for Ajax, but for the Eredivisie, too.

At 29, here is a playmaker still in his prime years and, despite being a popular member of the squad at Premier League club, Southampton, he decided to make the move across the North Sea. For Ajax, he could still be the final piece of the puzzle as the Amsterdam club looks to end their four-year wait for a league title. For the Eredivisie, after a summer when yet more of it’s finest talents left, like Alireza Jahanbakhsh, Santiago Arias and Ajax’s own Justin Kluivert, the return of Dušan Tadić confirmed the attraction that the league still has.

‘This is my third club in the Netherlands and it’s definitely changed a little bit since I was last here,’ says the Serbian, reflecting on his days at both Groningen and FC Twente. ‘There are a lot more young players now but I think it’s good. I think that Dutch football is about to grow. There’s a mix of experienced and young players which can only help the younger players learn and develop.’

And few clubs have as many talented youngsters than Ajax where he joins as one of the more experienced members of the playing staff. It is early days, but he is evidently impressed with the standard of his teammates.

‘We have a lot of young, talented players. I’m impressed with all of them and predict a big future for them. Some of them can be some of the best in the world because they have a great mentality,’ says Tadić, a player toughened himself from his days in the competitive Serbian top-flight as a teenager.

‘You need more than just talent and I hope to show the younger players that. It’s about giving everything to football and having that right mentality.’

His transfer to the club proves the appeal that the Amsterdam side has still, as this enormous club of world fame, looks to regain it’s perch at the top of Dutch football whilst simultaneously paying homage to past greatness in Europe.

‘Ajax belongs in the Champions League,’ stated Tadic before mentioning how well the club have performed in the competition so far. ‘You can see by the way we’ve played so far this season that we deserve to be playing at this level.’

‘The Champions League is one of the biggest reasons why I joined Ajax – it’s a dream club.’

An appealing prospect for Tadić, clearly, fresh back from the World Cup where he represented Serbia as one of their most important players, he has swapped Southampton for Amsterdam.

‘Amsterdam is beautiful,’ says Tadić, clearly already warming to his new home. ‘It’s one of the best cities in the Europe and I’m loving every moment of it.’

The Dutch capital with it’s charming canals and high-end stores is the city of Rembrandt that celebrates Van Gogh, whereas Southampton’s most famous artist is Craig David of early 2000s RnB fame and landmarks, for the many students in the area, at least, include a mile-long high street almost exclusively compromised of takeaway food outlets. Essentially, it’s a much more trendy city and a place where, despite not being obsessed with fashion, Dušan can exercise his style, honed from his younger days back in Serbia.

‘It’s nice to dress up a little more elegant. My style is quite simple. Fashion is not my hobby, it just comes naturally.’

‘I feel like if I dress nice, I feel nice,’ he stated simply, before getting back to the football. 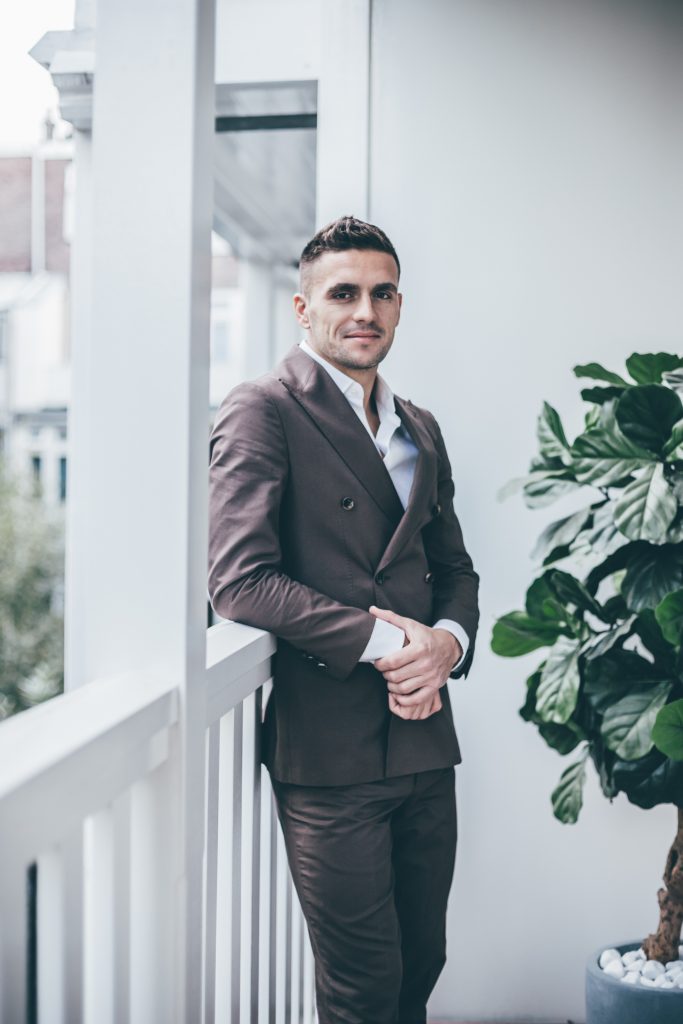 “I believe that players from all over the world will always want to come to Ajax.”

He arrived to join an extremely strong Southampton side in 2014, managed by Ronald Koeman and it was the now Dutch national team coach, with his knowledge of the Eredivisie, who was keen to get him to St. Mary’s. An assist on his debut at Anfield was a sign of things to come, before the Saints demolished Sunderland later that season with the Serb setting a new record for the number of goals created in one Premier League game – four.  And he was scoring goals, as well… important ones.

A goal in a 2-0 win over Arsenal on New Years’ Day 2015 was followed just 10 days later by a winner at Old Trafford, as this impressive Southampton side won on Manchester United’s turf for the first time since 1988. Finishing seventh in the Premier League that season, the achievements of Tadić’s debut Premier League season helped Southampton to their highest ever Premier League finish, thus the popularity that he has amongst the fans.

As Saints have failed to reach such heights again, Tadić and others understandably did, too. But despite many managerial changes and a near relegation last season, the Serbian was still showing glimpses of his class to anyone who regularly watched the red-and-whites play. So, you can understand why people see his move into the red-and-white of Ajax, as a big statement for the club and the Dutch top-flight – and Dušan understands the importance of his move, too.

‘I can see why people see my move as a big statement. I’ve come from the Premier League which is one of the best in the world. So, it’s natural that when a player comes it seems like a big thing. But,’ he says, breathing out as if to suggest he is extremely proud to be where he’s at now, ‘I believe that players from all over the world will always want to come to Ajax.’

Goals and assists are back beside his name as he headlines a talented Ajax side with a host of young talent. This creative, stylish player who believes he should win our Fashion Player Award simply because he ‘dresses the best,’ seems to have got his spark back. In doing so, he has sparked both Ajax and the Eredivisie into life as well.

Hvala, Dušan and welcome back. 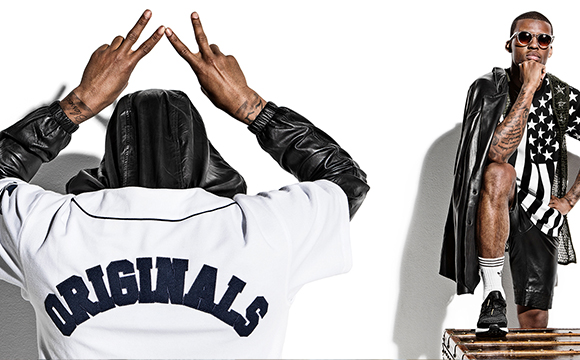 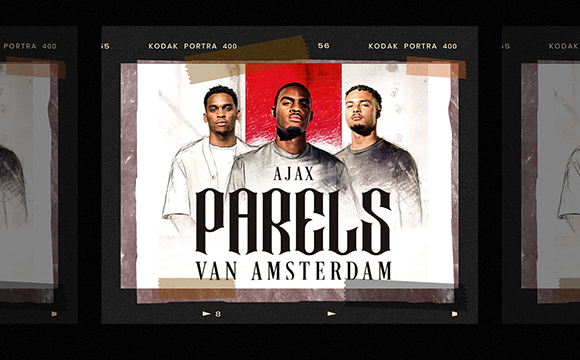