In this series, we will be covering stories which show our beloved sport beyond the pitch and highlighting the impact it can have in wider society.

Football has the power to bring people together, offer a political or apolitical refuge and provide escapism for millions across the world. Not without its own problems, football culture is something that can provide both joy and despair like few other things.

In Milan, a city famous for its football, there is a brand new club who are creating unity like no one else; St. Ambroeus FC. Founded last year and playing in Italy’s non-league system, they have a playing staff almost completely made up of refugees. We spoke to one of the club’s founders, Davide Salvatori, about the amazing project that integrates people from all over the world into the rest of his home city.

How did St. Ambroeus FC start?

Davide: This football team has grown from the union of two different teams. I was part of a football team that was founded two or three years ago in a refugee camp in Milan. We founded this team to give an opportunity for some of the people to get out of the camp and meet the people of Milan.

Last April, we met another team that was very similar to us and we united the two teams to join the official leagues… that’s how St Ambroeus was born.

Was it easy to join Italy’s official league system?

D: There was a lot of obstacles for us. First of all, you have to get a lot of money together to join the official leagues – you have to pay for registration and pay for the medical tests – it comes to around three thousand euros.

We started a crowdfund in June and have some help from sponsors. We also have jerseys for sale and merchandise for sale to help fund everything.

We do face some problems but that’s the reason that we founded the team so, we are strong together to face all of these problems.

The second obstacle was getting the right documents. Still now, we have a lot of players who come to train with us every week, but cannot get the official documents that they need to be able to play in the league matches. That’s a big difference between our team and a team made completely of Italians.

Do you face issues of racism from other teams and players?

D: Many people like our project a lot so we actually have a few supporters – which is rare at our level.

However, in Italy, in the last few years, we have had an increase in racist rhetoric and you can see this every day in newspapers. Even in football for example, matches in Serie A have had problems with the fans – like what happened to Kalidou Koulibaly of Napoli.

We do face some problems but that’s the reason that we founded the team so, we are strong together to face all of these problems. 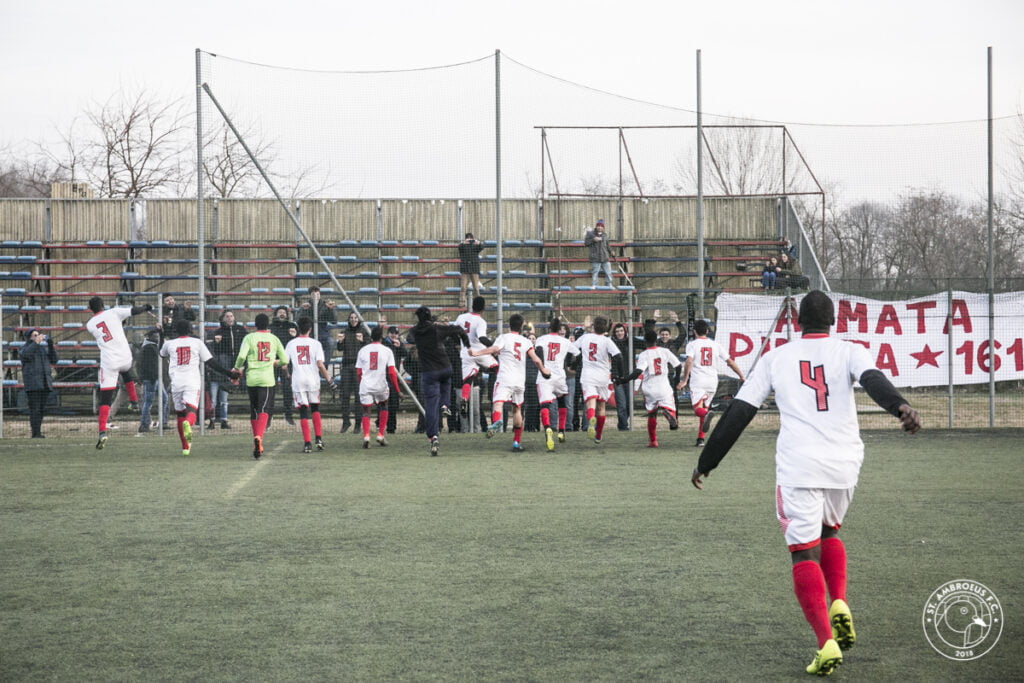 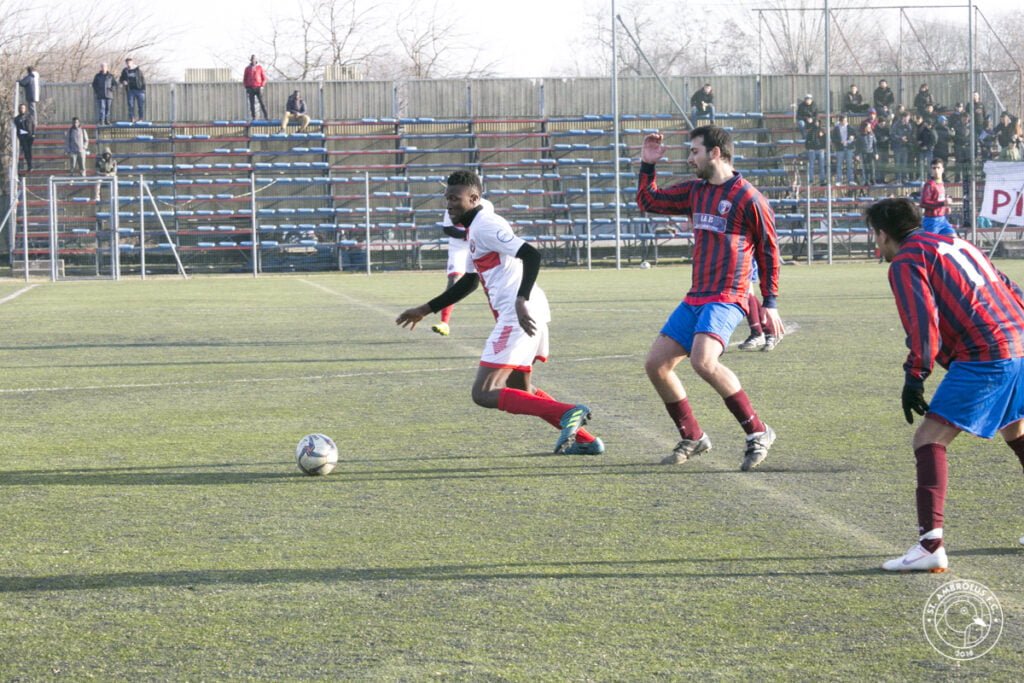 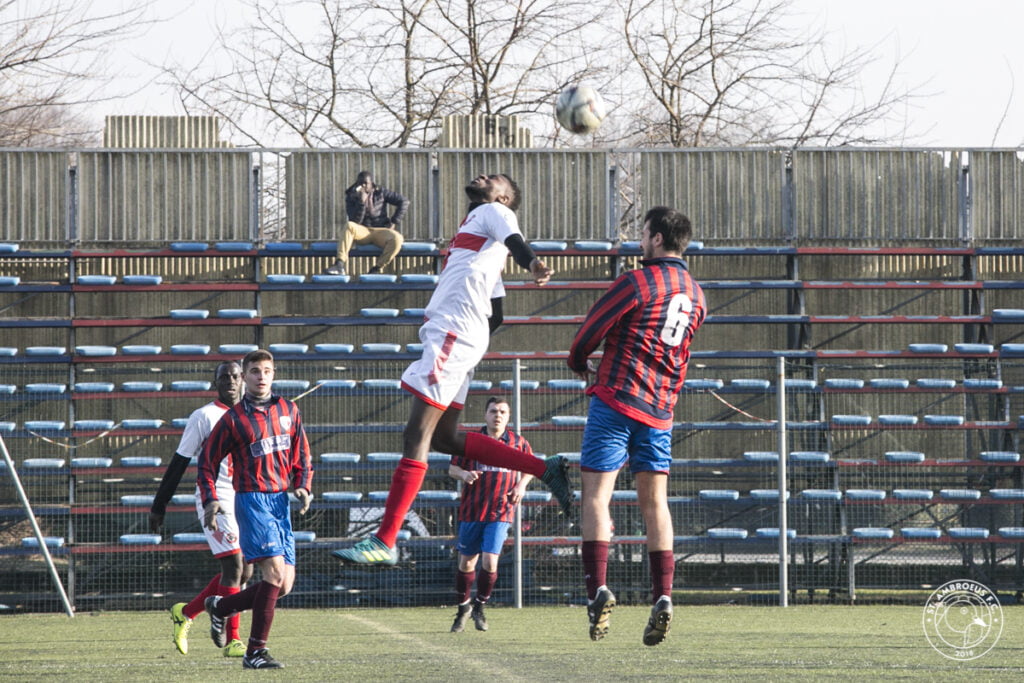 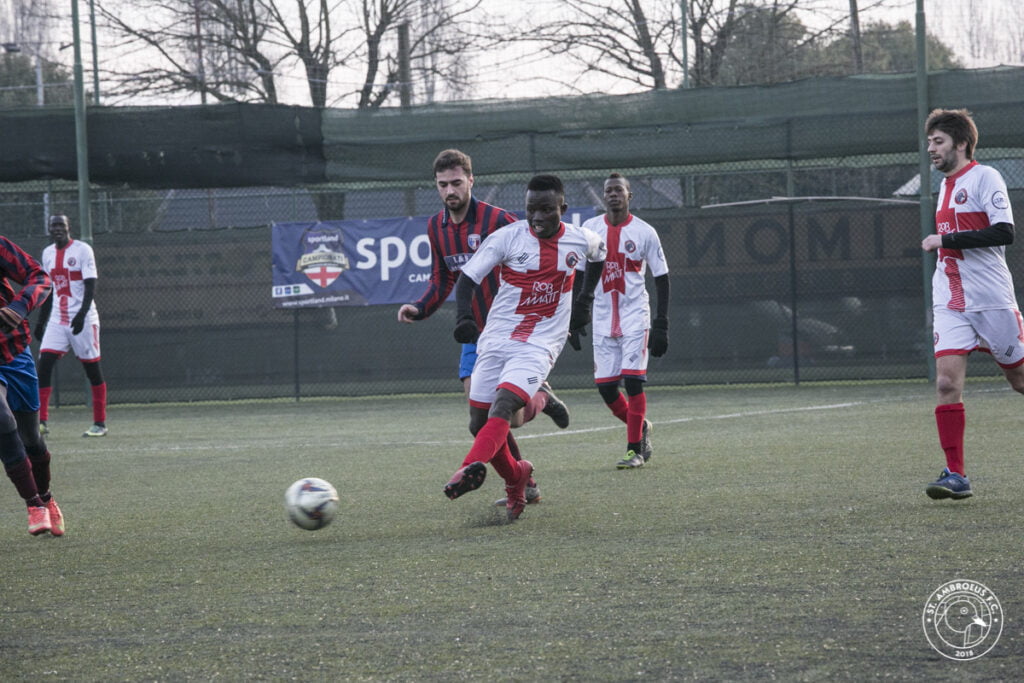 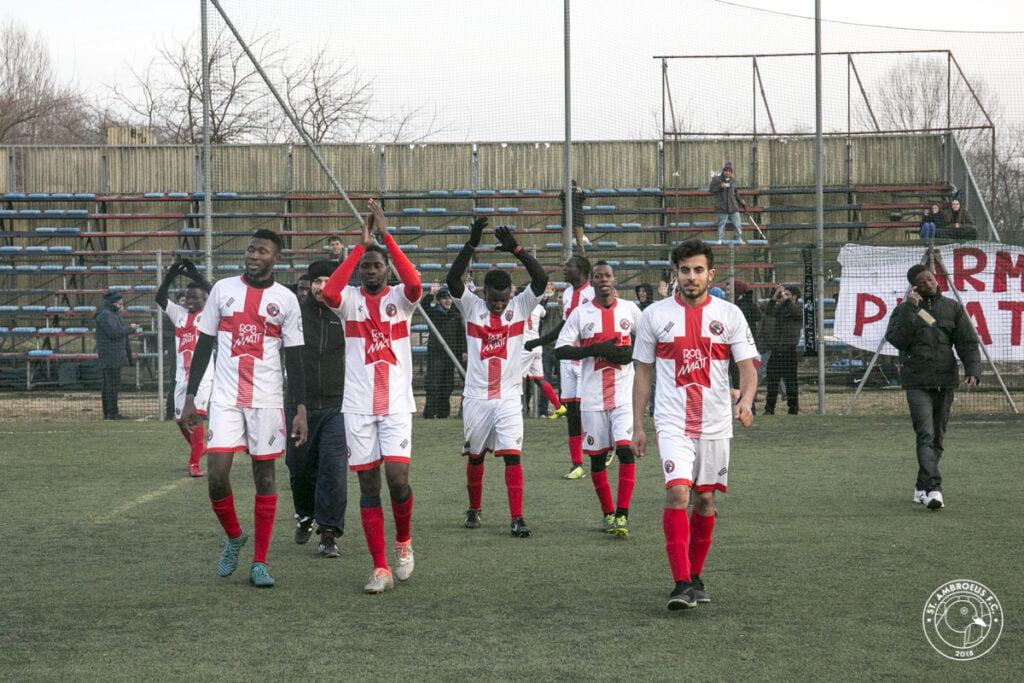 Is Milan a perfect city for this club to be based?

D: Milan is a city where nobody is really 100 per cent from Milan. Everybody has a parent that has come from another city or even another region. It is an industrious city so people move here form the countryside and from other cities in Europe and all over the world.

The soul of Milan is the soul of a multicultural, multiethnic city. This is why we chose the name, by the way, St Ambroeus. He is the patron saint of our city. We feel a project like ours can really represent the city.

Whereabouts are the players from?

We have a lot of different nationalities and languages – sometimes it’s not so easy for the coach to communicate his tactics on the field! But we have bought a chalkboard and with this, it’s a little easier.

What sort of things are the players experiencing in their home countries?

D: They come from different countries and for different reasons.

In general, everyone is here to find a better life so, to be honest, we don’t care about the reasons why they are here. If it is because of poverty, or war or from discrimination. There are many stories and most of them sadly, are bad stories. In our team is a place where they can leave that behind.

How is this season going?

D: At the start of the season, it was very difficult because we didn’t have many players that were eligible to play. We have spent a lot of time in mid-table but our target for this year – or our dream season – is to get promoted and to the next level. It will be very difficult, though, we are 10 points off the playoffs places. Only one team gets automatic promotion and places 2nd to 5th must go into the playoffs.

Anything to add yourself:

D: Only that, if there are any team like us in Europe, we would love to get to know each other!