4 things to look out for when Spurs play Ajax…

Tonight is the first semi-final of the biggest club competition in the world, the Champions League.

Ajax did not play last weekend, so have had more time to rest. Tottenham did not have a good weekend in general, losing 0-1 against West Ham United – the first defeat in their new stadium. Here are some things you need to know before the two sides meet in North London.

For the first time since 1997, Ajax are playing in the semi-final of Champions League. That year, they lost to Juventus at this stage. 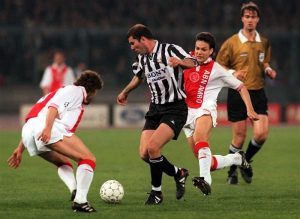 Ajax have lost twice in the past against Tottenham Hotspur

Whilst Spurs don’t have the European pedigree of Ajax, the English side has won twice against the Dutch.

The two previous official meetings between Tottenham and Ajax ended 1-3 and 3-0 in favour of Tottenham.

4 players with a great past at Ajax

It is a special night for Davinson Sanchez, Jan Vertonghen, Christian Eriksen and Toby Alderweireld. All former players, the latter three are products of Ajax’s academy system.

South Korean striker Heung-Min Son has been suspended for this tie and Harry Kane is still injured. This leaves Spurs without their main two striking options, so their first eleven will be interesting.