These are turbulent times in England as, what with hard Brexits, soft Brexits, deals and no deals, mixed with the feeling of impending doom caused by a confused government, some in the UK are left feeling a little lost.

However, some people are here to raise the morale of a nation, much like Gareth Southgate and his side managed to do in the summer, as football elevated the country into a joyful, beer-sodden place. Underground hip-hop label and undeniable fashionistas, Blah Records, have unveiled their latest piece of merch, with the goal of making England ‘Sweg’ again.

Deriving from swag, the term ‘sweg’ refers to anything that requires such praise, meeting all of the criteria that swag entails but with more sweg. Using the recognisable Three Lions that were so famously ‘on the shirt’ back in Russia last year, these ‘SWEGLAND’ tops offer a frothy pint of nostalgia to happier times whilst hopefully, simultaneously lifting the spirits of a nation. 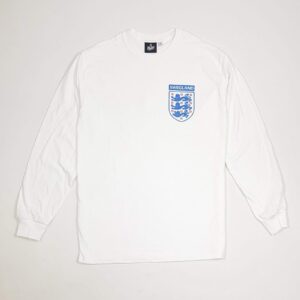 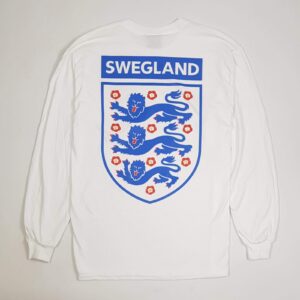 Available from Blah Records in the coming weeks, they are retailing at 27-pound sterling.