5 of the best (and worst) Beckham hairstyles

As it’s David Beckham’s birthday today, it seems a good time to celebrate not only another year of the legendary footballer being on this planet, but also to celebrate the legacy he left on the game.

There was fashion in football before Golden Balls, with players like George Best and Johan Cruijff bringing a sense of glamour to the sport. But in terms of the football celebrity, there is certainly two eras; pre-Beckham and post-Beckham. Integral to this impact was, of course, his hairstyles.

So with that in mind, here are the best (and worst) of David Beckham’s haircuts…

Having comeback from the adversity of a World Cup red card, Becks was about to be the man of the millennium.

This blonde, bobby number, is so 1999 that if you put your ear up close to it, a Britney Spears album starts playing in your subconscious. As for it’s mark? 1999/10. 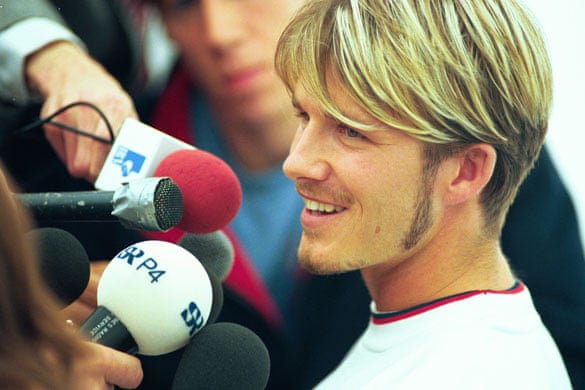 It was at this point that the importance of Beckham’s barnet became obvious. Him chopping off his trademark head of hair was big news at the time and the new get-up was a minimal shaved head.

It was a look that said, ‘yeah, I let people use my face to sell sunglasses and perfume, but I will still two-foot you if I need to.’ This might’ve been the result of hanging around Roy Keane for the entirety of his career thus far. No thrills but a timeless look that millennials are still copying 20 years on. 8/10. 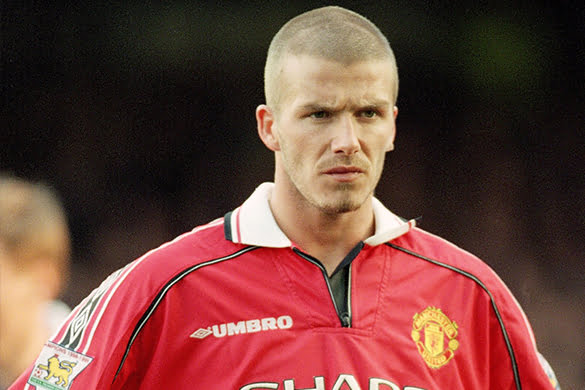 When Beckham did this to his hair in the early 2000s, thousands of schoolboys did, too. Really.

After he scored that free-kick against Greece, the man could have etched a swearword into his hair and proceeded to jump off of a bridge, and boys across England would have done that, too. As for the look itself? This one has not aged well and imagine Sir Alex Ferguson’s face when Becks rocked up to training with this decorating his scalp. 3/10. 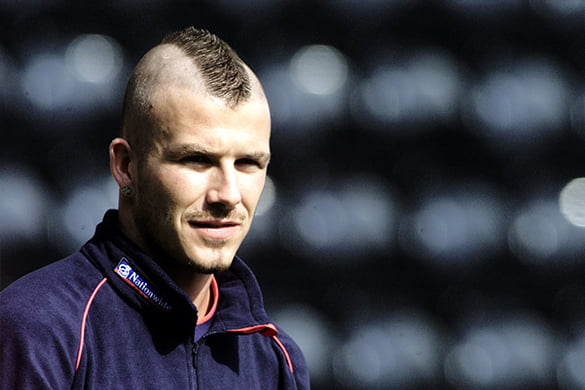 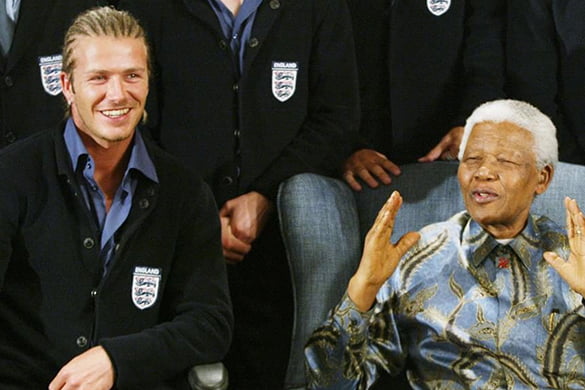 At the height of his fame, came maybe the worst haircut to grace a footballer’s head. Beckham (left) chose to rock it whilst meeting one of the most important, incredible humans to have walked the planet, Nelson Mandela.

His cornrows will forever be associated with this England trip to South Africa and luckily, this is the extent of their legacy.

We finish off with a look showcased during the twilight of Beckham’s playing career.

Combining the timeless old English gent chic with a man who looks destined for a romantic spell in Paris, where he eventually retired, Becks looks like he could whip in a mean free-kick, slice you with a very thin sword and give his wife a rose, all in one movement. This is Beckham’s world and we’re just living in it. 10/10. 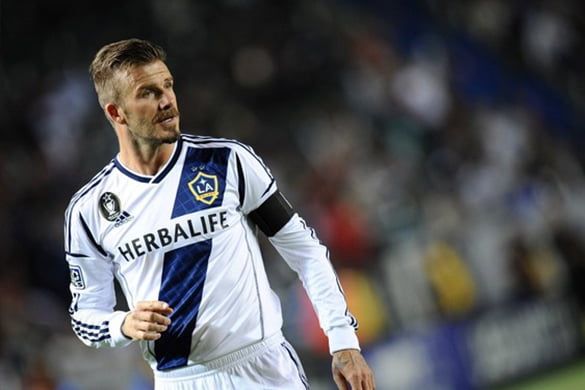